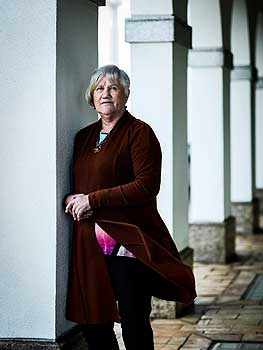 
Summer holidays plus maths classes would not normally add up. But that is exactly what more than 150 Auckland primary school pupils signed up for: a holiday maths programme combining a Pasifika cultural approach with the latest robotics technology.

Massey University mathematics researchers Dr Jodie Hunter and her mother Professor Bobbie Hunter, based at Massey University’s Institute of Education in Auckland, have been transforming maths education for Māori and Pasifika students in low decile schools around Aotearoa.

They are thrilled that 115 pupils from Pomaria Road School in West Auckland have this week ditched skateboards, PlayStations and other holiday activities to attend morning workshops that focus on STEM (science, technology, engineering and maths) activities. Another 45 pupils in Point Chevalier’s St Francis School will attend parallel morning sessions. By day two, numbers increased as more kids turned up, including older siblings of those who signed up initially and went home enthused about how fun it was, says Dr Hunter.

Professor Hunter, who completed applied research for her PhD on a culturally-sensitive maths education model in 2008, says the programme on offer comprises maths lessons on basic facts and fractions, as well as interactive activities that require maths thinking – including Lego, coding and robotics, with youngsters programming kid-friendly Bee-Bot robots to get through a maze.

Why fractions? “If kids understand fractions it can really accelerate their learning,” she says.

It is an area of maths many typically struggle with because, she says, fractions are “counter-intuitive and difficult to understand.”

Her approach is to teach fractions through everyday examples, like how to divide banana cakes and chocolate bars between uneven numbers of people.

The holiday programme is based on the ‘Developing Mathematics Inquiry Communities’ model they have developed over the last decade. It centres on collective problem-solving and the application of Pasifika values to create a culturally relevant and meaningful learning environment. It has helped to significantly boost achievement – particularly among pupils in lower socio-economic areas and has been adapted by educators teaching culturally diverse groups around the world, including Nuie and the Cook Islands, Singapore, the United States and Britain.

Children attending the programme will be helped by teaching mentors trained by the Hunters, and who have been working with teachers around New Zealand schools to implement the Developing Mathematics Inquiry Communities method, supported and funded by the Ministry of Education.

Kaiser, eight,  attended the first day and says he enjoyed the Lego activities, building a train and learning about fractions. His mum says he is good at maths and that the programme “is a fun way to extend his learning and for him to mix with other kids. He can get bored really quickly but he is really engaged now and not wanting to leave.”

Evelyn, seven, says she liked building a maze and programming the Bee-Bot [a programmable floor robot for young children]. “I learned that you can make different fractions equal to a whole chocolate bar,” she says.

Dr Hunter, whose PhD was on early algebra education teaching to primary-aged children, says the holiday programme is being funded through an allocation of the Government’s 2019 Wellbeing Budget focused on Pacific wellbeing and by Massey University. She hopes the programmes will run in school holidays throughout the year.